A Quick Word:
Sing's Noodles, located in the Chinatown Plaza (across from Lao Sze Chuan), offers some of the city's best noodles.  All of the noodles are hand-pulled to order by the gentleman that used to work at Hing Kee.  As soon as you walk in, you can tell the restaurant was built just for that chef.  A three-walled window room is the center of attention, allowing customers to watch their noodles being made.  Bowls, or should I say cauldrons, are filled with different style broths, those hand-pulled noodles, and various cuts of meat.  Despite being known for their noodles, Sing's also is home to some great Xiao Long Bao, aka the soup dumpling.  For noodles, it is quite expensive.  I am used to having a bowl of noodles for under $7.00.  Unfortunately, that is not the case here... you will look to spend around $9.00 a bowl.  The cost is still cheap, but for the quality, it can be considered expensive.  And, for that reason, I couldn't give it a perfect rating.  I loved the noodles and the dumplings, and I can't wait to be back! 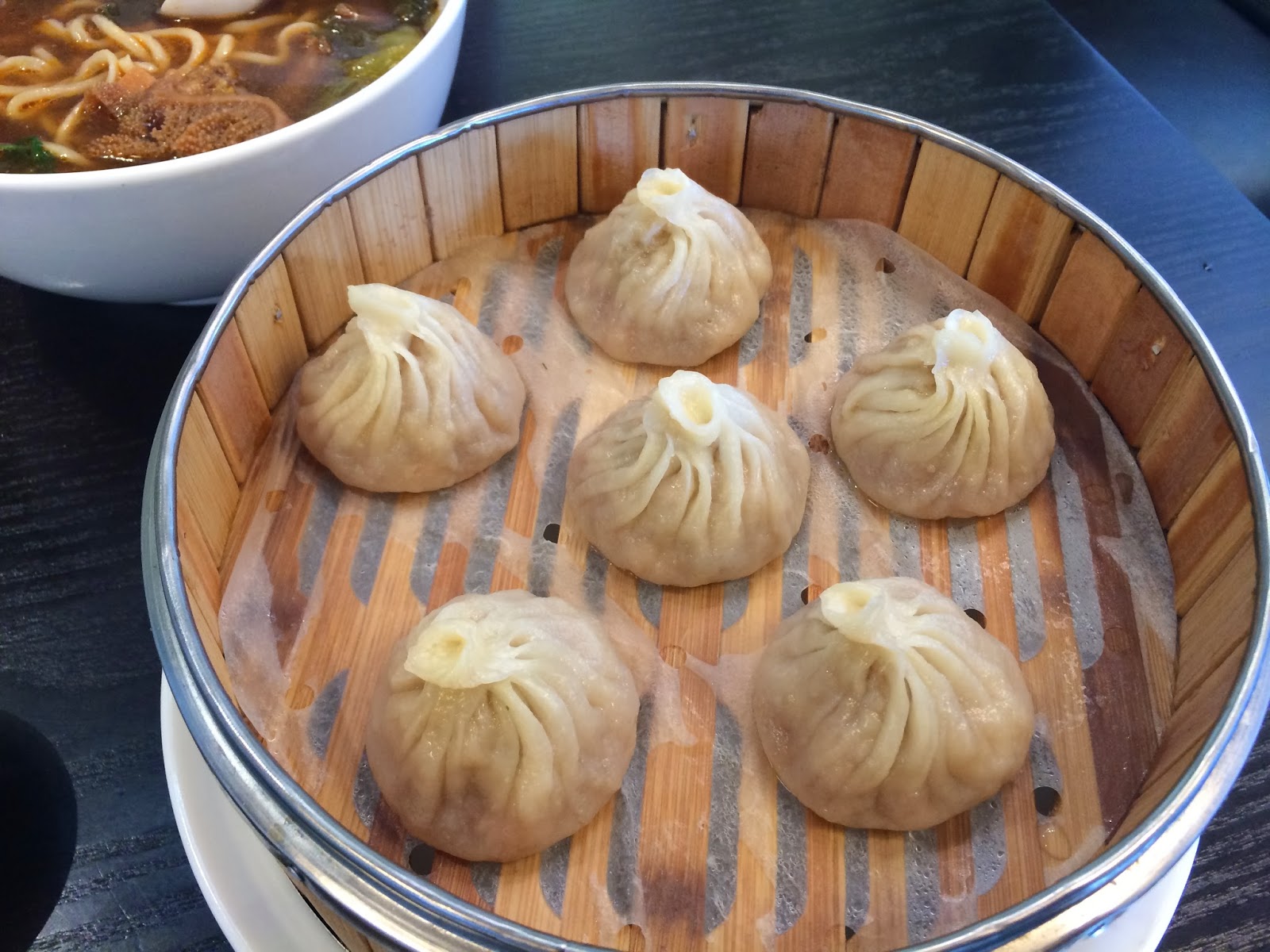 It is crazy; just a few months ago, I had eaten maybe one order of soup dumplings in my life.  But, within the last few weeks, I have tried different types of xiao long bao at different restaurants in Chicago.  At Sing's Noodle, we encountered the best xiao long bao to date.  Here, the dumplings are larger, and without exaggeration, 3x the amount of soup.  Our first dumpling accidentally broke when trying to pick it up, but somehow, the residual soup still filled the entire spoon.  It was incredible.  The dumpling is classic; they use pork and minced veggies.  An order comes with six dumplings for about $6.  A little pricey, but much better than some other dim sum restaurants in Chicago. 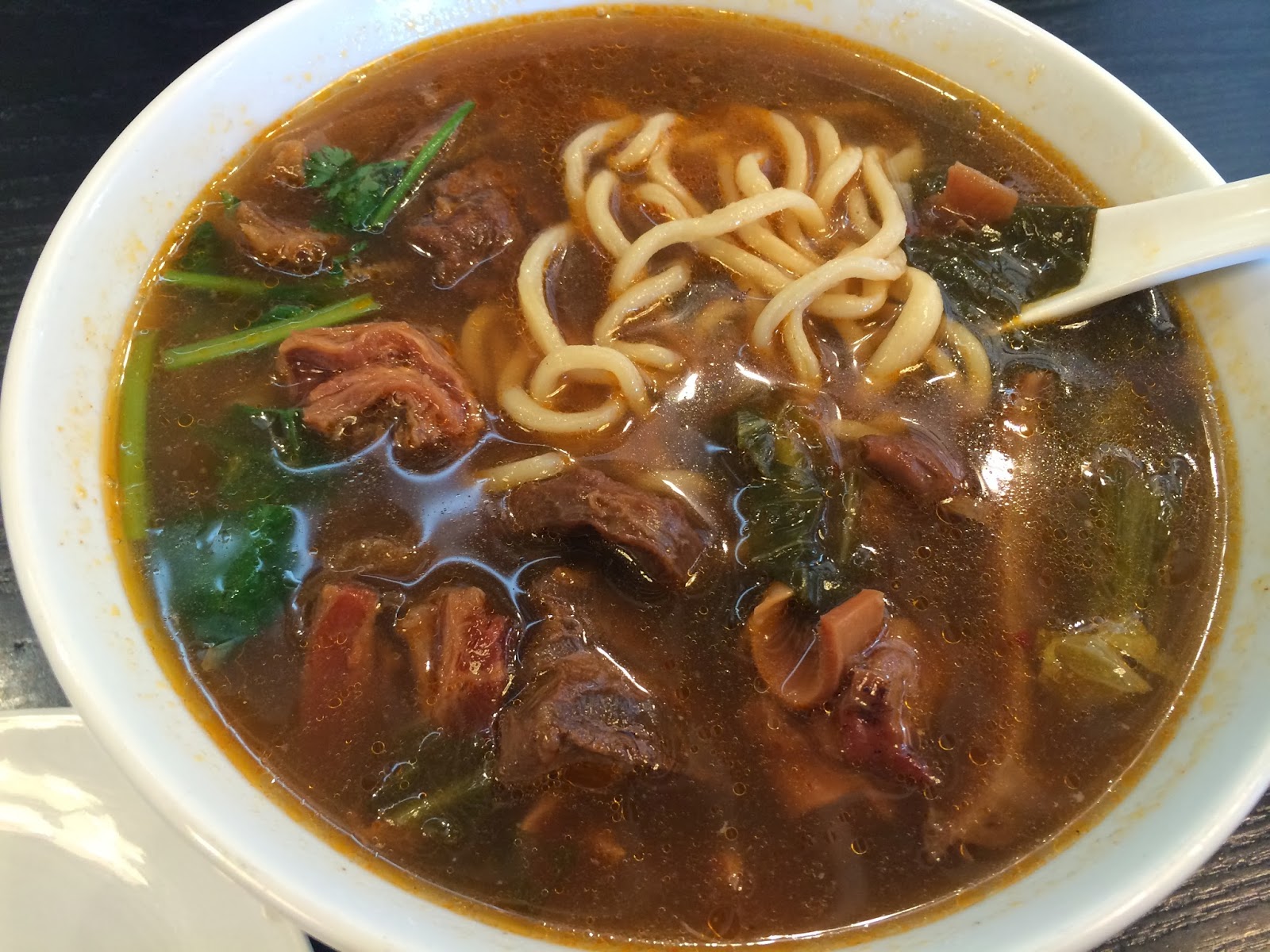 With over a dozen different noodle soups on the menu, it is pretty difficult to choose which bowl you want.  I found it a little easier to choose because of their House Special bowl.  This bowl is made with a combination of the meats, including beef stew, beef tripe, and beef chunk.  A few sprigs of watercress add some color, and of course, a bountiful of their hand-pulled noodles swim in the heavily seasoned broth.  The broth is your typical beef broth with a strong salty flavor present.  The meat itself is not the highest quality, but if you remember, the point of these noodle shops is to finish off all your leftovers.  The noodles are some of the best in Chicago with a nice chew to them.  The chef makes the noodles to order, so you know they are fresh.  The bowl is easily enough for two, especially if you order some dumplings. 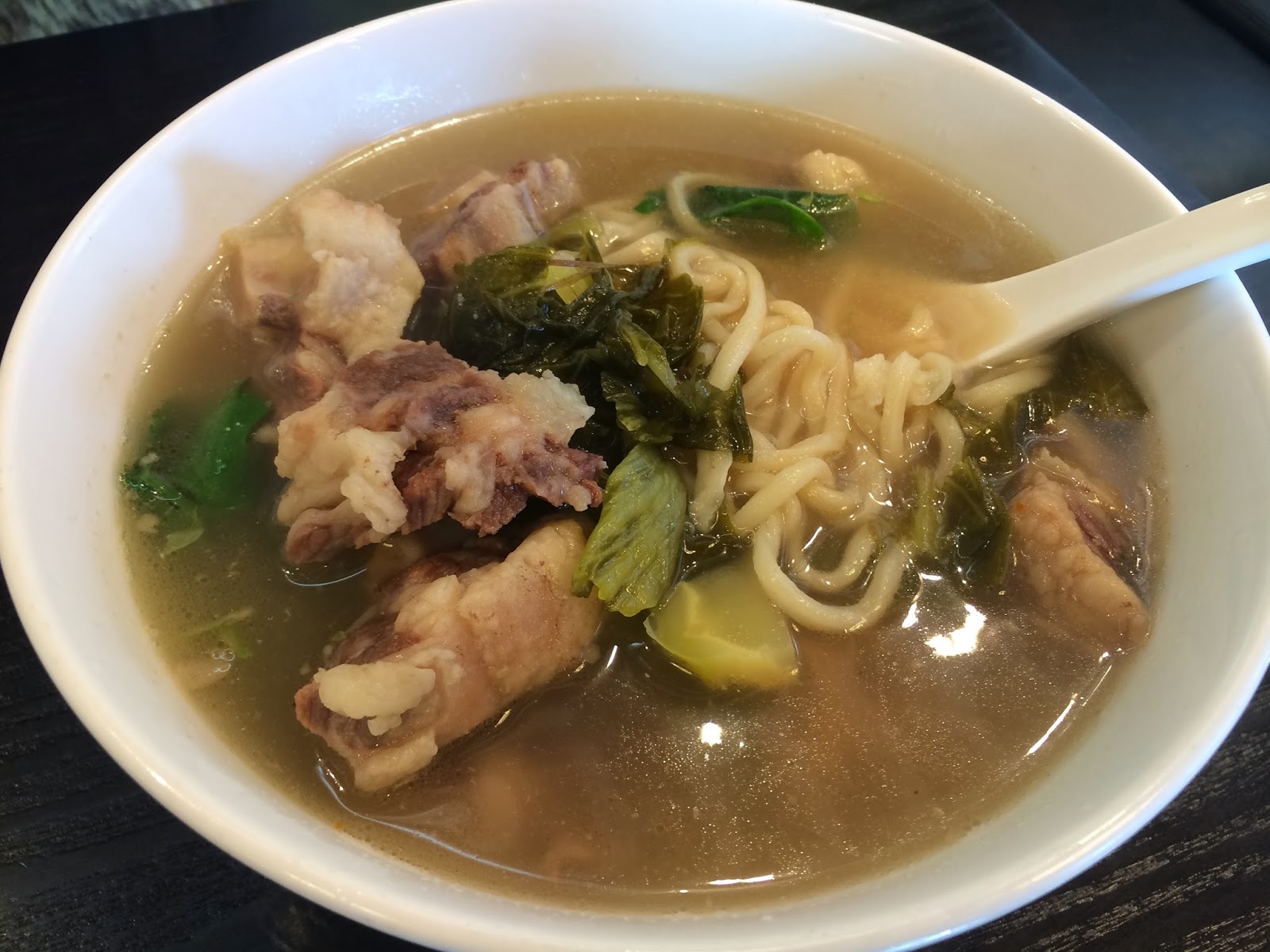 The other soup we decided to try was the Ox Tail Hand-Pulled Noodles.  Once again, their hand-pulled noodles were the highlight, but in this bowl, the noodles were surrounded by plenty of boiled oxtail, bok choy, and a lighter broth.  My first impression was less flavorful, less salty, but much more fresh.  The greens definitely help give that impression.  The meat is once again lower quality with plenty of fat and cartilage surrounding the bone... but in my opinion, this is what you should expect in this type of soup.  There was enough meat to enjoy, but that fat and bone is what gives the soup its flavor.

The DOs/DON'Ts:
DO:
- SHARE, SHARE, SHARE!!!  The bowls are huge and I swear, two people can share one order of hand-pulled noodles.
- Parking can be difficult on weekends.  Try parking on the street next to the Walgreens.  There are usually a few spots open there.

Posted by Joseph Esparaz at 3:54 PM