A Quick Word:
There are a few bars on Madison that I frequent, especially for the Blackhawks games.  One of these is The Beer Bistro.  Located just blocks from the "Madhouse on Madison," this bar is known for its extensive beer list, its fun atmosphere, and its free shuttle to hawks games if you pregame at their bar.  During the playoffs, it is nearly impossible to find a seat or even standing room here, and I still love it.  When it comes to the food, they have an abundant list of sliders, a few pizzas to choose from, and of course all the classic bar items.  The food itself is above average, but not by much.  Lots of it seems to be prepared from a mix or frozen item rather than being made in-house.  But, that is like most bars in Chicago.  Honestly, I come here for the atmosphere (and I would easily rate that at a 4.5 miles), but when I include my food review, I could only give them a 3.5 mile rating.  Despite an average rating in my books, I will be back here several times in the next month or two for hockey games! 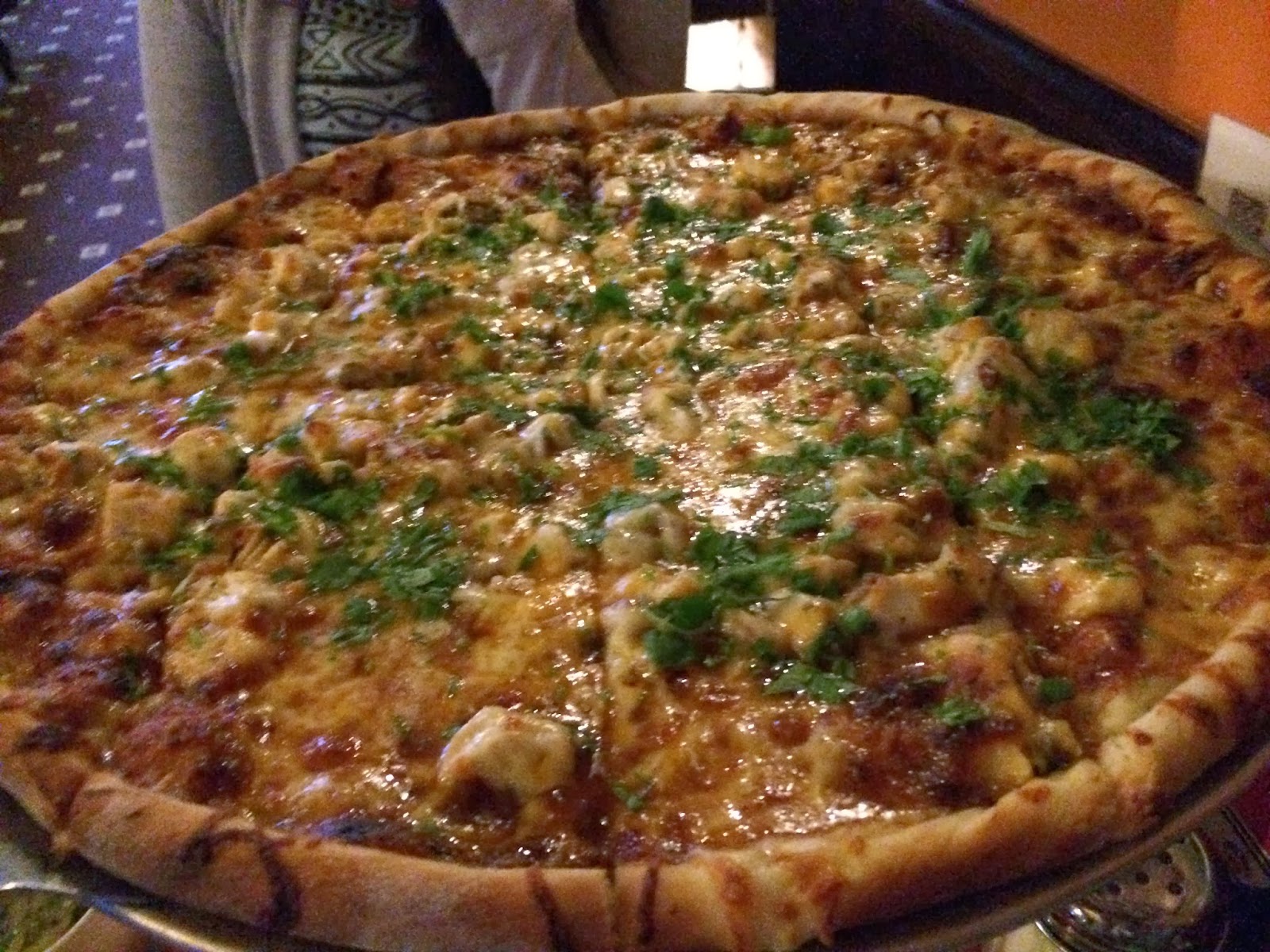 I had seen many people order Beer Bistro's pizzas, but somehow I never did.  My friend and I were both craving BBQ and luckily they had a BBQ chicken pizza.  It was simple... a thin crust pizza was topped with BBQ sauce, mozzarella cheese, red onions, and chicken.  A little parsley was used for garnish.  We ordered the large pizza (mainly because it was only a couple dollars more than the smaller one).  Not only was the pizza huge, it was full of that classic BBQ flavor.  The sauce was sweet, the chicken tender, and there was just enough onions to complement the sauce.  Unfortunately, the well-balanced toppings was too much for their subpar crust.  It was flimsy and flavorless.  It wasn't meant to hold the amount of ingredients on top. 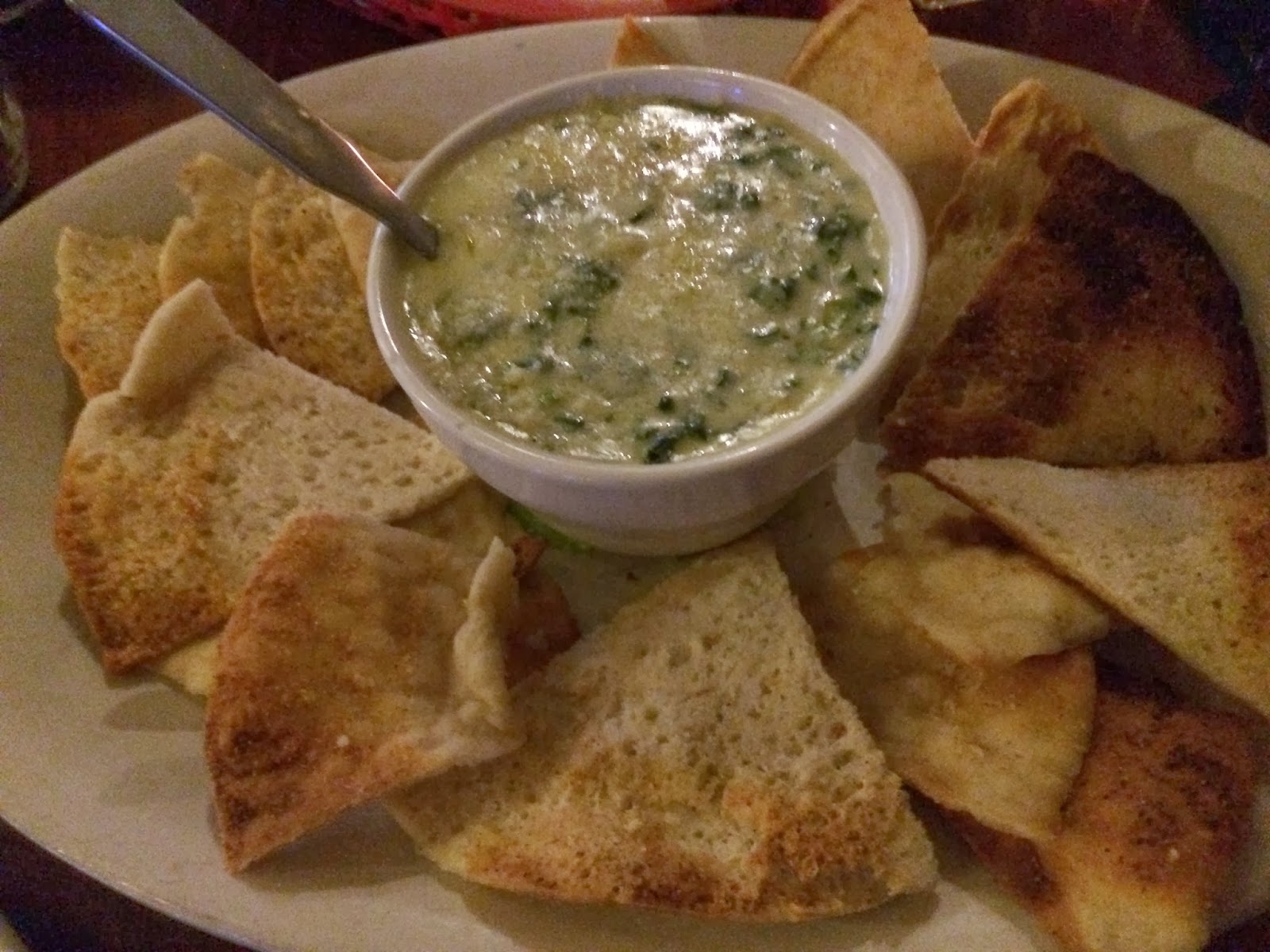 One of the smaller appetizers/sides we decided to order was their spinach artichoke dip.  It was a classic dip.  There was plenty of spinach and artichoke, as well as parmesan cheese.  It was served with toasted pita chips.  I had mixed views on whether I liked this dip or not.  It was plenty cheesy and yes I even dipped the tater tots in the dip, but it just tasted like a frozen dip you can make at home.  And, I didn't like the pita chips at all.  I think they should just serve it with soft pita or tortilla chips. 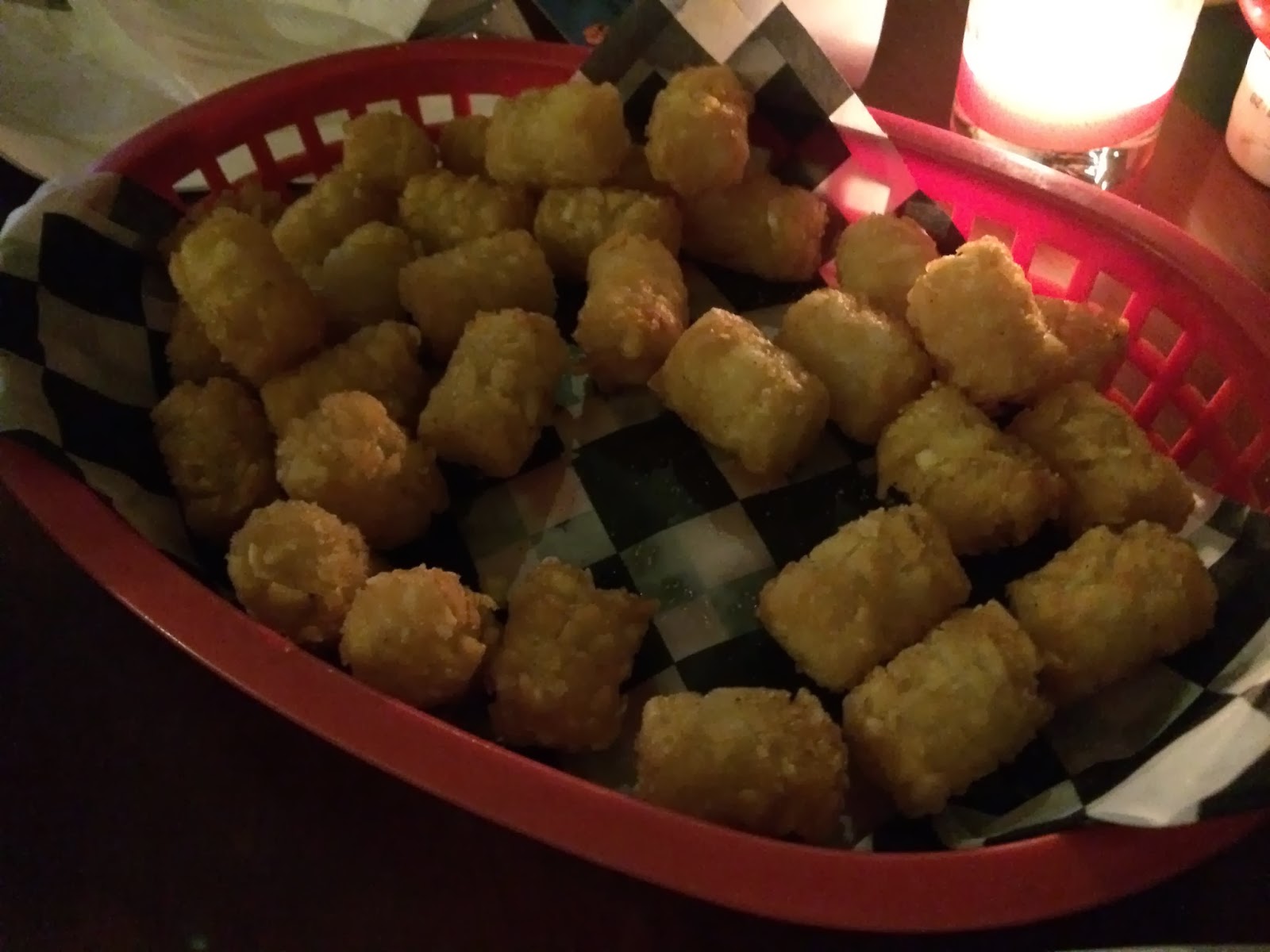 As soon as we sat down, I began raving about their tater tots.  I convinced my friend to share an order of tots.  They arrived at the table just as you see them... fried until golden tots (definitely the freeze-dried potato type).  But the freeze dried part doesn't make them bad; in fact, that is the reason tater tots are so addicting.  Restaurants that try to make their own tots always fail, so using the freeze dried potatoes actually is smart.  Anyway, I was disappointed with the half-filled basket that arrived at our table.  Usually a side of tots is an overflowing basket that a table can share.  Granted, it was a perfect size for two of us, but that is only because we had other items ordered.  Unsure why they gave us a smaller portion, but still a great snack.

The DOs/DON'Ts:
DO:
- Great place to watch a Hawks game.  But do get here early because it fills up!

DON'T:
- Come for their beer, not necessarily for their food.

(DISCLAIMER: I WOULD WALK 4.5 MILES FOR
THE BEER SELECTION AND FOR HAWKS GAMES!)

Food rating is below: