A Quick Word:
One of my friends had the idea of trying Yuki Hana's new Korean BBQ cuisine.  Rather than going for their famous happy hour sushi prices, we sat at their newly expanded restaurant and became their first Korean BBQ customer.  Right from the start, we knew they had no clue what was going on.  The BYOB was unavailable once you cross over an imaginary line into their Korean BBQ side.  The beer was cheap beer was not on tap (as claimed), and the expensive beer was cheaper than the cheap beer.  I personally was extremely confused.  And, unfortunately, the waitress didn't understand how the Korean BBQ worked.  No one even knew the sizes of the meat platters and whether or not it can be shared.  Anyway, the food turned out to be better than expected, but still sub par to the other Korean BBQ joints in the city.  It is a good start at something new and I can only see it getting better.  But, for now, considering our experience and not reviewing their established sushi happy hour, I decided a 2.5-mile rating was fair. 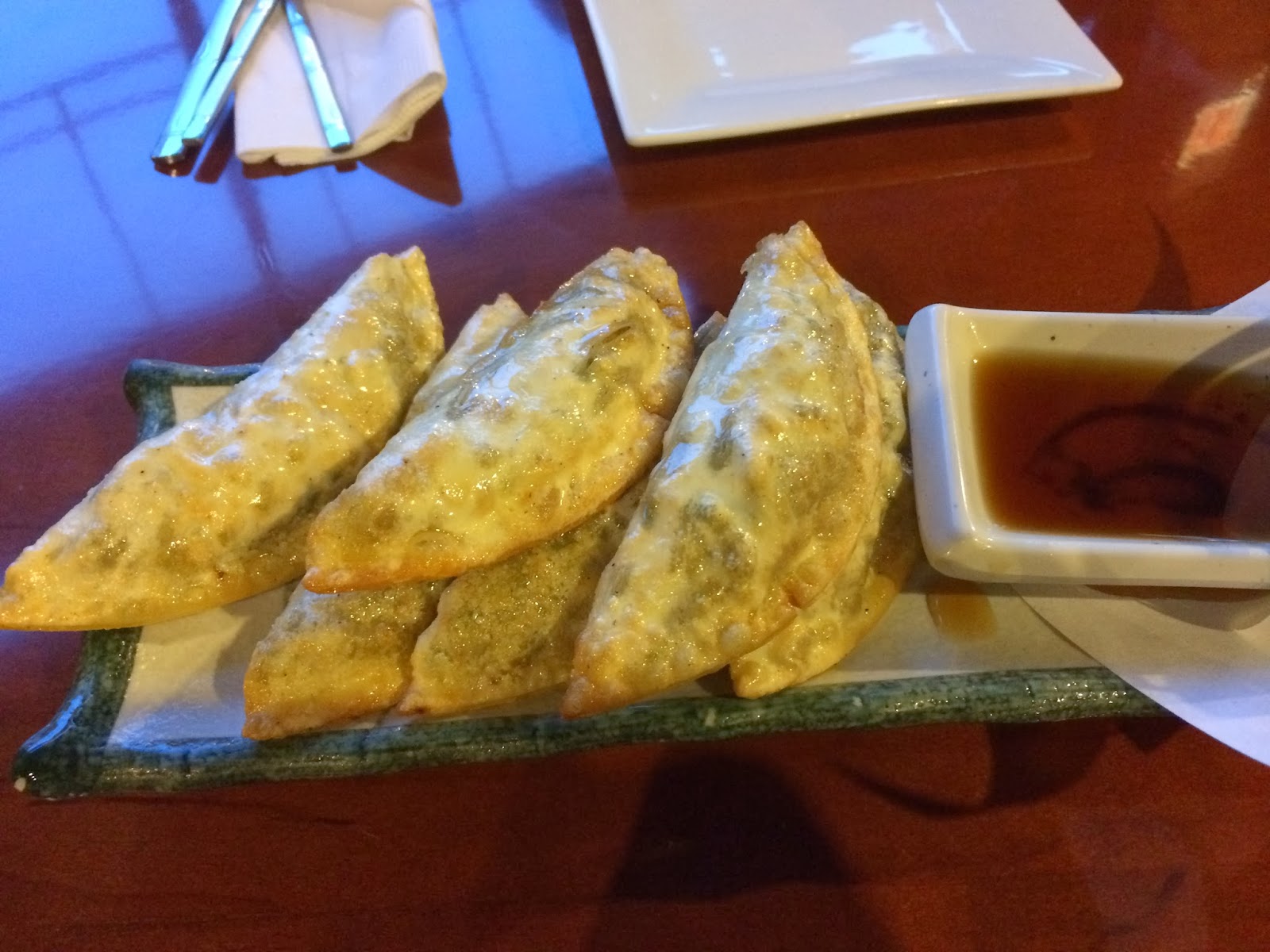 I am a huge fan of appetizers, especially dumplings at Asian restaurants.  My buddy and I decided to get an order of gyoza.  These are the Japanese version of the pot sticker.  Here, the gyoza is a little different.  The dumplings are filled with a pork and minced vegetable meatball and then deep fried.  They are served with a ponzu sauce and come in an order of six dumplings.  Without question, these are the WORST dumplings I have ever eaten.  Oil saturated each dumpling.  It was so bad that we decided to dry them off with a napkin.  And, that didn't even help... and I am not exaggerating.  It was awful.  Do not order! 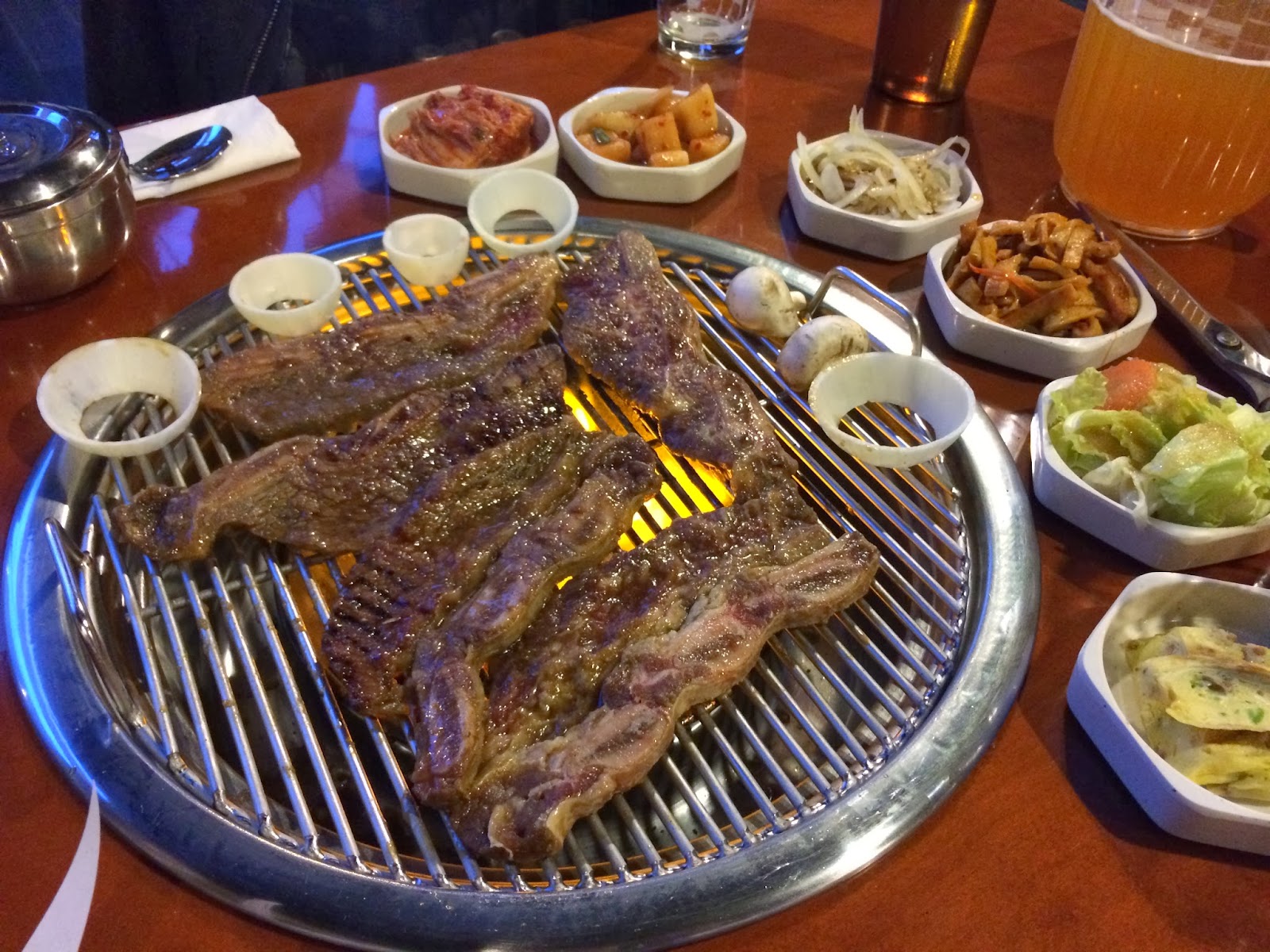 After all of the confusion, we ended up ordering ONE ORDER of the Kalbi.  This is the typical Korean BBQ meat.  Kalbi is beef short ribs that have been marinated in a sweeter, soy sauce-like sauce.  It comes with about 1 lb. of meat, a few mushrooms and onions, and about six different side dishes.  Those dishes included a few kimchees, some pickled onions, a salad, and some kind of cold egg dish.  The meat itself was good quality.  Not too fatty, and plenty of meat on the bone.  It takes about a minute or two on the grill before it was done.  The chef was a little on the annoying side, trying to cook our meat for us and at one point even started putting the meat on our plates.  I wasn't sure what he was doing.  The kimchees were just OK.  One in particular was extremely fermented and just didn't taste like normal kimchee.  That cold egg topping smelled funny as well.  The meal also came with some white rice, but you definitely need to order a side of rice if you decide to share.  Overall, it was OK Korean BBQ, but I will probably come for sushi happy hour next time.

The DOs/DON'Ts:
DO:
- Make sure to share!  The orders for Korean BBQ are good for two people (minus the fact that you only get one miso soup).

DON'T:
- Don't BYOB... somehow there is confusion with their BYOB rules.  Currently, you can only BYOB on the sushi side of the restaurant.

Posted by Joseph Esparaz at 6:18 PM