A Quick Word:
For the past couple of months, I have been driving by Umai almost on a daily basis.  I kept asking people if they had tried it, and everyone always had some kind of positive review of it.  When we ordered take out from this sushi joint, we first encountered some confusion with menu items.  We received an item that was completely different from what we ordered, but it was still a decent dish.  The sushi was as pricey as most sushi restaurants in Chicago, yet none of the rolls really stood out to me.  I will say the fish was fresh and the rolls filling, but it was just another average sushi restaurant.  They do have the option of 1/2 rolls, which is somewhat intriguing, but with a slightly higher cost, we just stuck with the full roll option.  When comparing to the other sushi restaurants in Chicago, I decided a 3-mile rating was fair. 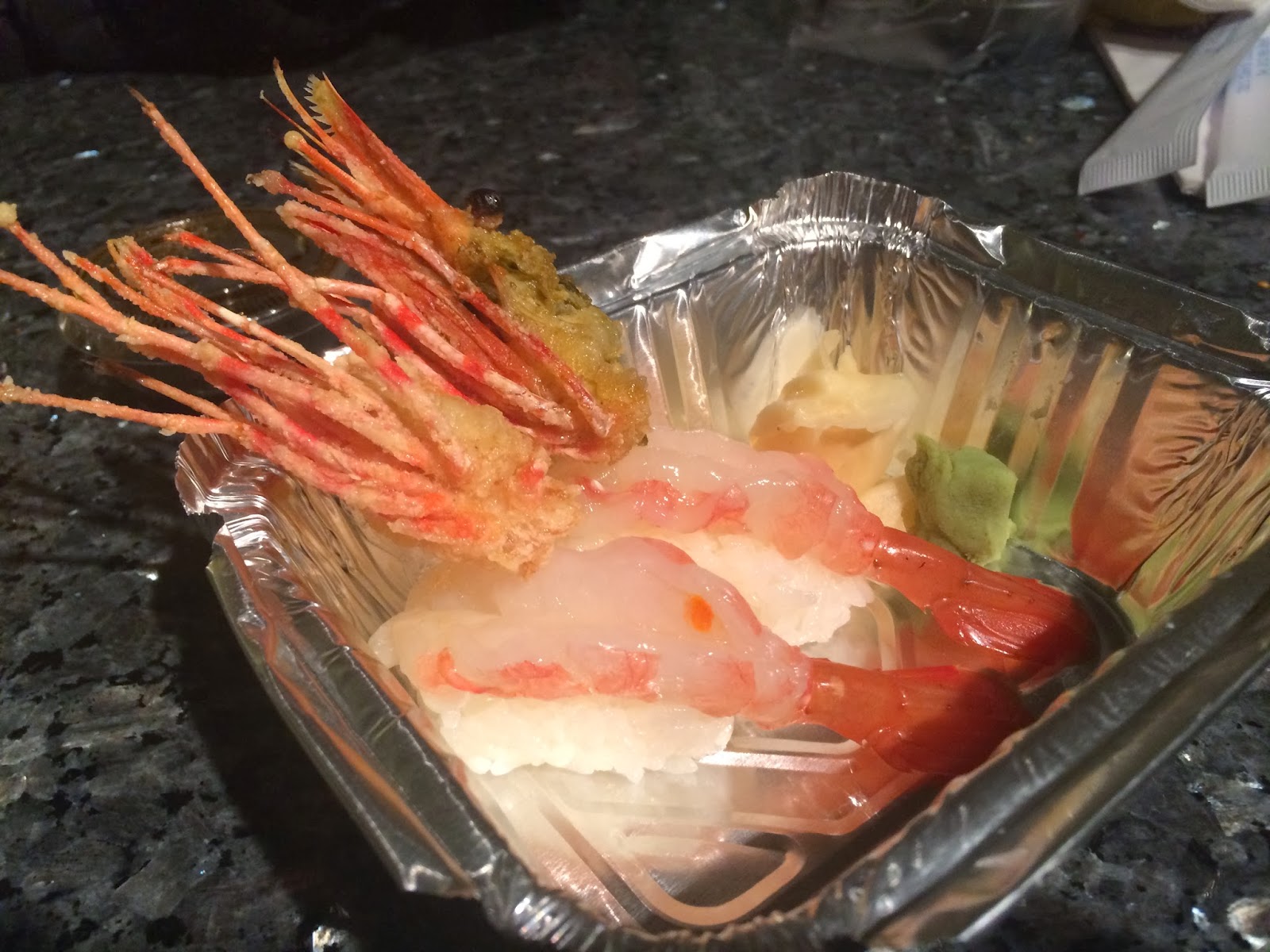 This was an interesting menu item that was ordering by accident.  Placing a to-go order has its challenges, one being items not listed on the menu.  When searching for a dish previously eaten at Umai, a fried fish head was mistakenly understood as the Amaebi.  This dish is made of sweet shrimp butterflied over rice and served with deep fried shrimp heads.  Sounds weird, but it was actually not bad.  The shrimp heads reminded me of a dish from chinatown... very crunchy and that rich seafood flavor to it.  Unfortunately, in chinatown, we get an entire order of shrimp (easily over a dozen), while at Umai, this dish was $7 for two.  Unbelievable cost, and just disappointed with the mistaken dish. 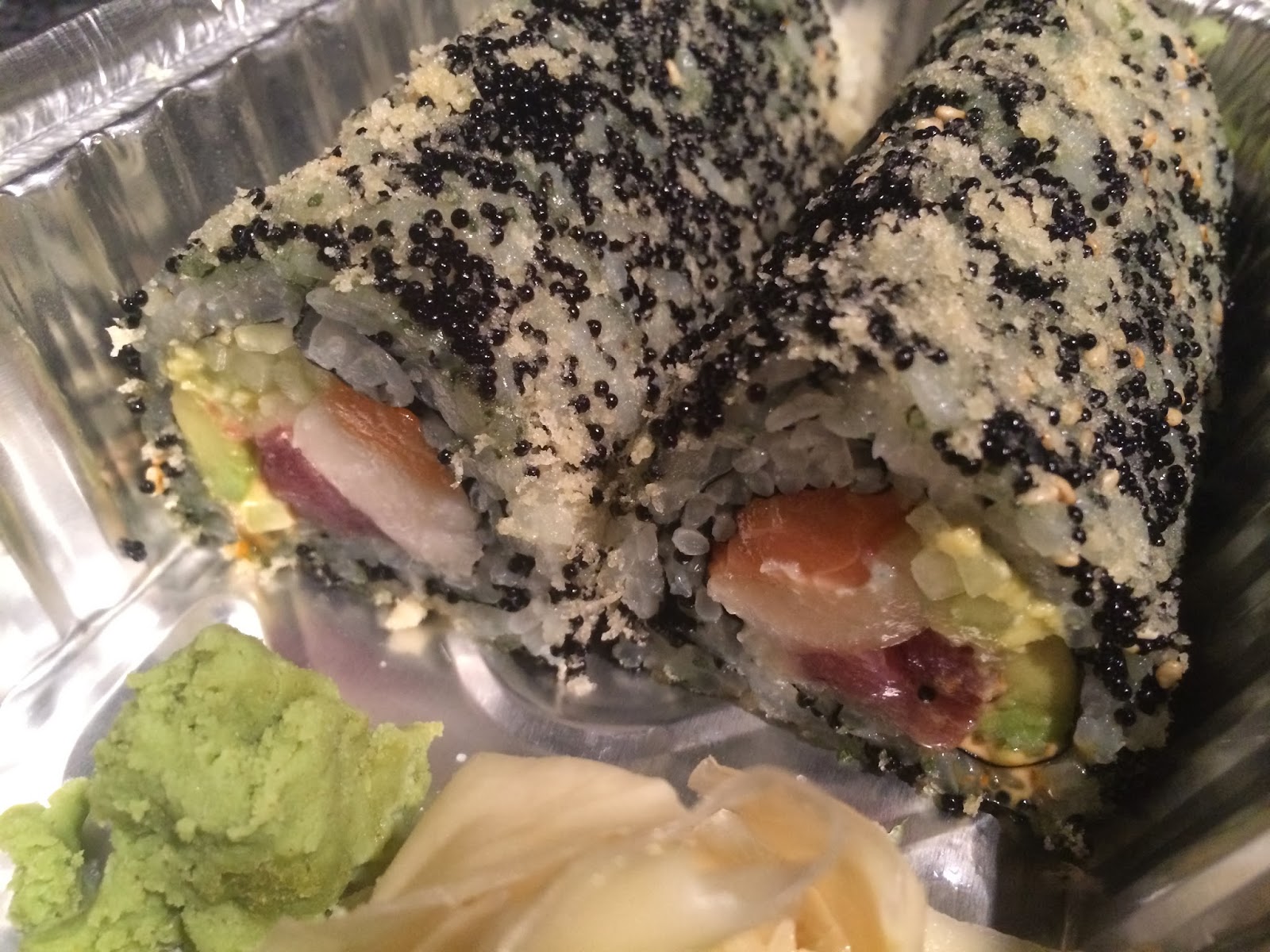 With multiple recommendations to try the Chicago roll, we figured we would give it a shot.  The roll is filled with tuna, salmon, white fish, cucumber, avocado, and a spicy mayo before being wrapped with black tobiko and crunchy topping.  It came with a side of honey miso sauce.  Two aspects of the roll really stood out to me.  First was the amount of fish... they really do not skimp out on the amount of each fish.  And, second, that honey miso sauce.  I actually loved the honey miso sauce because of its sweet and salty flavor profile.  The roll had both crunchy texture from the tobiko and tempura crunch but was also very fresh from all that fish.  Good roll, nothing unique or memorable, but still a solid roll. 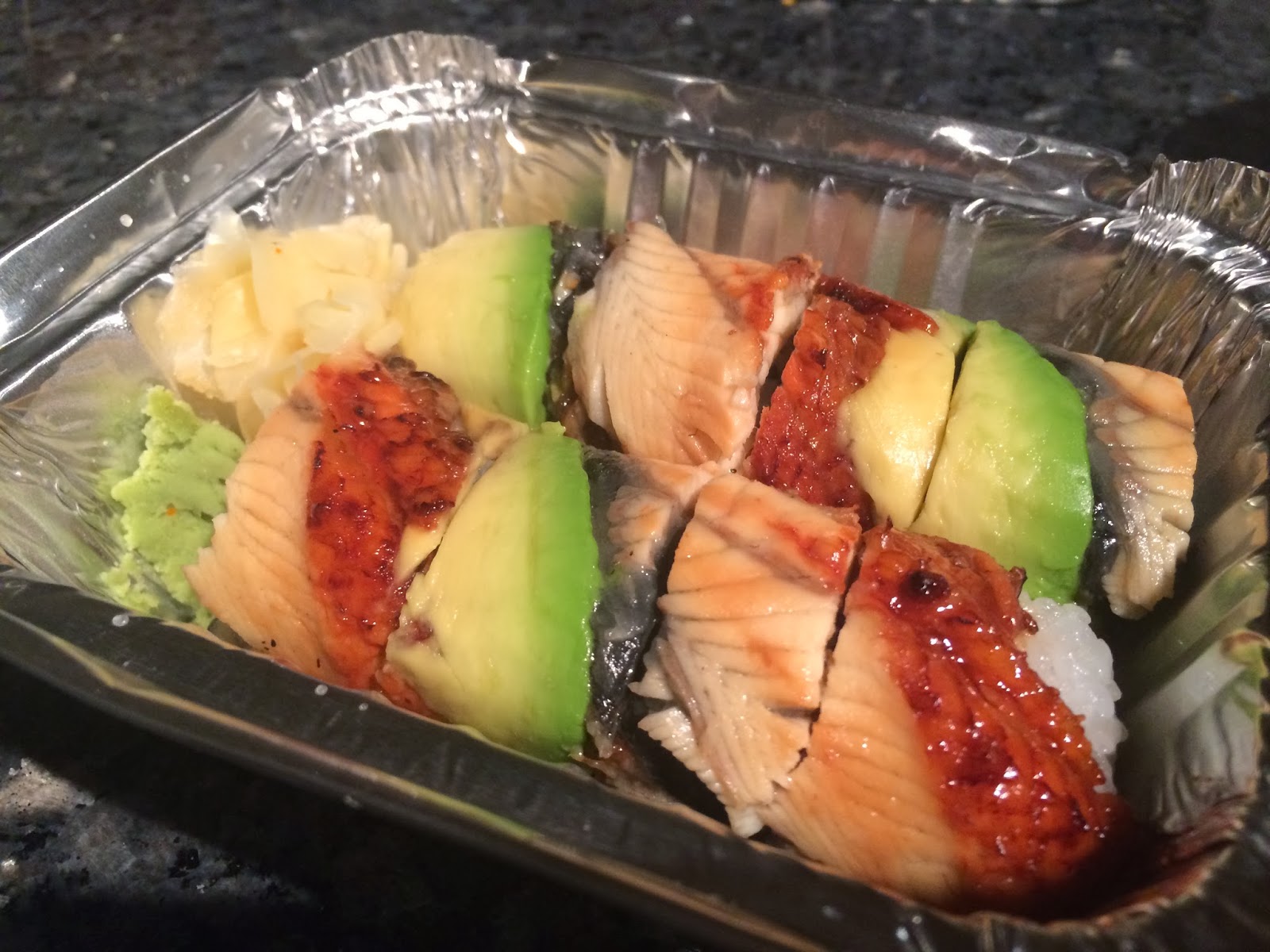 The other roll we decided on was their version of the Dragon.  It was made simply with shrimp tempura and cucumber before being topped with eel and avocado.  It was sliced into eight pieces and served with your traditional wasabi and ginger.  This roll didn't have a special sauce, but more importantly wasn't filled with cream cheese like many of their specialty rolls.  The avocado was enough creaminess on its own.  I definitely liked the shrimp tempura inside, but it lost its crunch probably on the travel back home.  The roll, like the Chicago, was tasty, but once again, it isn't something you can't get at any other sushi restaurant.  And in terms of quality... similar to other places.

The DOs/DON'Ts:
DO:
- I wouldn't come here by choice.  Yes, if it is convenient, you will not be too disappointed and you will find it average.  But there are much better sushi places in Chicago.

DON'T:
- Don't order items not on the menu.  Despite eating it there before, I guess something has changed.