A Quick Work:
Good Asian restaurants are hard to come by outside of the Chinatown or other ethnic neighborhoods in Chicago.  And on Randolph, I have tasted some of the worst Asian food ever.  Luckily, at the very end of this "restaurant row," BellyQ continues to bring a great reputation to Asian cuisine.  I believe BellyQ is influenced by several Asian countries cuisines, but mainly Thailand and Korea.  The menu consists of a huge selection of "cook-it-yourself" Asian BBQ alongside dozens of twists on traditional meals.  Upon entering, you encounter both a beautiful dining room and an excellent, friendly staff.  I came for lunch and found most of the food to be incredible.  Keyword: Most... unfortunately, some of it was more on the bland side.  I am confident, however, in declaring them the home of my ALL TIME FAVORITE ice cream, but for rating purposes, I couldn't look beyond the lack of flavors in a couple of the main dishes we ordered.  And for that reason, I could only give them a 4 mile rating at this time.  I know I will be back for dinner and their ice cream so watch for an update and a possible increase in their rating! 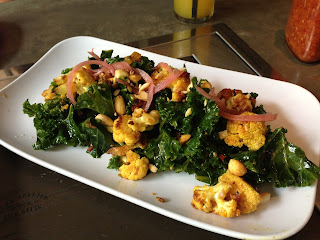 To start of the meal, my friend and I decided on the marinated curly kale salad.  Kale is the newly popularized vegetable now, right?  This salad is simply kale sliced into bite sized pieces, curried cauliflower, toasted almonds, and a little oil/vinaigrette mixture.  The kale was more on the bland side and the cauliflower didn't add much either.  The toasted almonds gave a nice crunch.  If it wasn't for the thai style chicken (listed below), I probably wouldn't have been too happy with this choice.  However, in the end, it was addicting and I found myself reaching for additional bites. 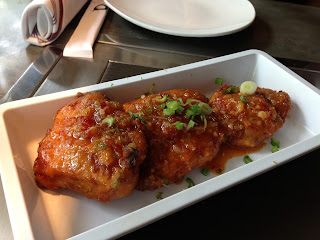 This may be the weirdest categorized dish I have ever come across.  Rather than being listed under the appetizer or entree section, the Thai Style Chicken was listed as a side... alongside french fries, kimchee, and grilled veggies.  But anyway, this dish consists of three boneless pieces of chicken that have been lightly breaded, deep fried, and covered in their sweet and sour thai chili sauce.  I absolutely loved this dish.  The chicken was crispy and the sauce had just enough heat to make the tip of my nose sweat.  The portion size was perfect and the cost, even better.  At only $6.00 for three of these chicken breast pieces, I can't see any reason not to order the dish.  It accompanies any of the salads really well. 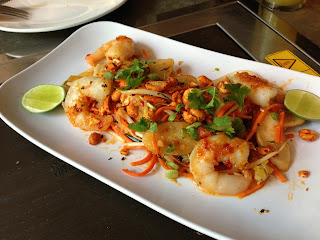 The pad thai was probably the most interesting dish of the day.  Surprising since everyone thinks pad thai is such a standard dish.  At BellyQ, they take pad thai to the next level.  Rather than the typical rice noodles, their pad thai has sliced rice cake mixed with olive oil poached shrimp, chili dusted peanuts, and fresh cilantro.  The typical bean sprouts and carrots are also mixed into the dish.  Initially, I was confused on what the rice cake actually was.  It has a firm, chewy consistency and is extremely addicting.  The shrimp on the other hand were boring and bland.  I did enjoy the chili peanuts, but I prefer double or triple the amount in my pad thai.  It doesn't compare to the noodles I had in Thailand, but it was a clever twist to spice up this classic meal.


Taco of the Day (Pork Belly) 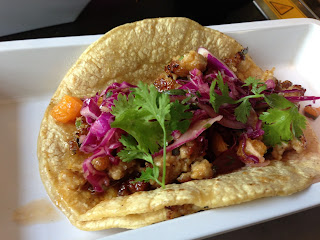 Each day, BellyQ changes up their taco.  They offer a combination of the taco of the day and the soup of the day for a reasonable price of $4 and $2, respectively.  I just stuck with the taco, which happened to be pork belly.  Two white corn tortillas were lightly steamed before being topped with a fried pork belly mixture, pickled red onion, a little cilantro, and a sweet, almost hoisin-like, sauce.  It was great.  My friend only wanted to try a bite, but ended up eating half of it.  The pork belly had a perfect crunch, but the sauce made it feel more like a stew.  I prefer tacos with simple toppings so the pickled onion and cilantro is ideal.  Maybe a couple slices of fresh jalapeño would make it better.  Another great option to try! 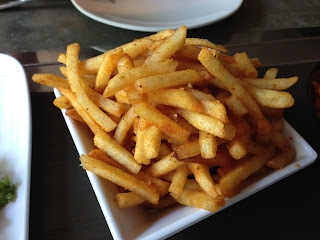 How could anyway resist a side of $3 french fries?  I couldn't and that is how this dish came to the table.  The french fries were supposedly covered with a nuoc cham vinegar sauce, which is a classic vietnamese dipping sauce that consists of spicy, sweet, sour, and salty components.  Honestly, these fries had nothing of that nature, but the crispiness was addicting.  I was disappointed in overall flavor, but I found myself even dipping them into the soft serve ice cream.  Obviously I enjoyed them. 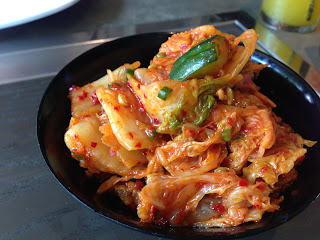 Whenever kimchi is on the menu, I tend to order a small side of it.  The pickled/fermented cabbage dish has plenty of Korean spices and is fairly acidic.  This kimchee had both cabbage and cucumber giving it great crunch and freshness.  It definitely breaks up the meal with more of a fresh dish (despite being fermented).  The smell is pretty strong, so I only suggest ordering it if you have had it in the past or if you consider yourself to have a strong stomach.  And, definitely do not bring it home... the smell is just weird. 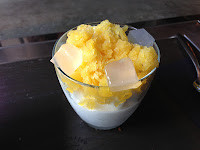 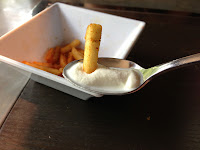 ABSOLUTELY A MUST HAVE DESSERT... at least the ICE CREAM!!!  BellyQ is now home to my all-time FAVORITE ice cream.  Unbelievable is an understatement.  For this dessert, their vanilla soft serve is topped with a passion fruit ice (almost like a granite) and a few young coconut jelly cubes. The passion fruit ice was strongly flavored and the consistency was like shaved ice.  But the star was that vanilla soft serve.  The creaminess was perfection and I found out that a coconut water was mixed into the ice cream as it is made... giving it that extra depth and complexity that makes it incredible.  I asked to buy just the soft serve, but they don't sell it in "to go" containers.  Hopefully they will reconsider next time, otherwise I will be order several desserts for take out!  Don't miss out! 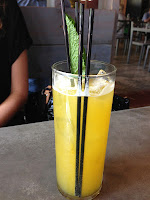 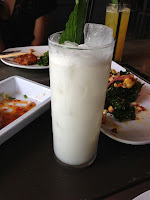 Once I heard vinegar drinks, I knew I was going to order them.  One was passion fruit and the other coconut.  And, they taste exactly how their name describes... vinegar.  The acidity from the vinegar was strong enough to make my eye twitch.  It wasn't really refreshing, but at the same time, I wanted to keep drinking more of it.  The waitress said the drinks are great for cleansing the GI system so I figured sounds like a great idea.  Would I order them again?  Maybe... depending on the day's flavors.

The DOs/DON'Ts:
DO:
- Parking is ridiculous in this area... even at lunch time, it took me at least 10 minutes to find a parking spot.  Do valet park your car at dinner time.
- Share food family style!
- BEST ICE CREAM I HAVE EVER EATEN!

DON'T:
- I probably wouldn't order the vinegar drinks again. It is tempting to try something new, but after a few drinks, it isn't worth it. 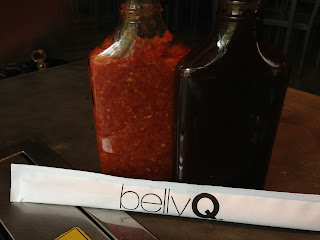