A Quick Word:
Wings are some of the most subjective food you can eat.  People like wings for the flavor, for the size, for the restaurant, and some for the sides.  For me, when it comes to chicken wings... one place stands at the top--Buffalo Joe's.  This cash only establishment is located just minutes from Northwestern University in Evanston.  So technically, these aren't the best wings in Chicago (even though I still consider them the best).  Here, the menu is fairly simple... choose a single or double order, your sauce, whether or not you want waffle fries, and finally get an RC Cola.  The food here is delicious and you will not leave hungry.  The price is very reasonable and the staff is friendly.  Being cash only, it does create an inconvenience, but this along with the long drive from the city can all be overlooked after that first bite.  I would walk from Chicago to Buffalo Joe's, so the 5-mile rating was deemed appropriate.  A must try restaurant! 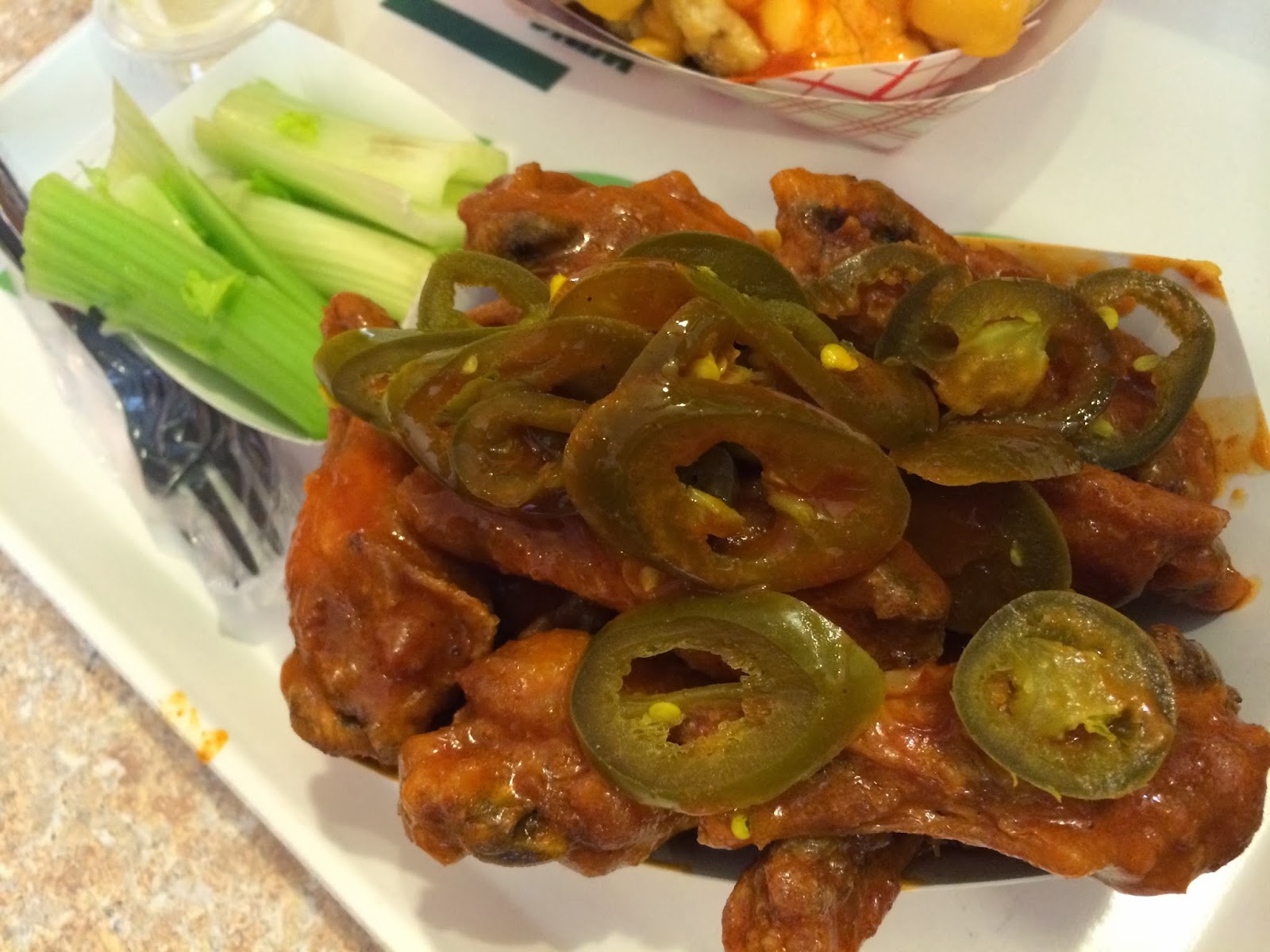 I was introduced to Buff Joe's wings several years back.  My buddy told me there was one way to order them... Single order, suicide sauce.  These wings are lightly fried before being tossed in their suicide sauce and topped with a handful of pickled jalapeños.  It comes with a side of ranch and celery.  Where to start--the single order of wings comes with about 15 wings that are cooked to perfection.  The meat is tender and the skin just slightly crispy.  The hot sauce was just enough to make your nose sweat, yet your taste buds are still alive.  The jalapeños add an additional jolt, kicking the sauce up a notch.  They wings are of course a little messy, but what can you expect with a small paper boat overflowing with saucy wings.  The celery was fresh enough and ranch was standard.  Delicious! 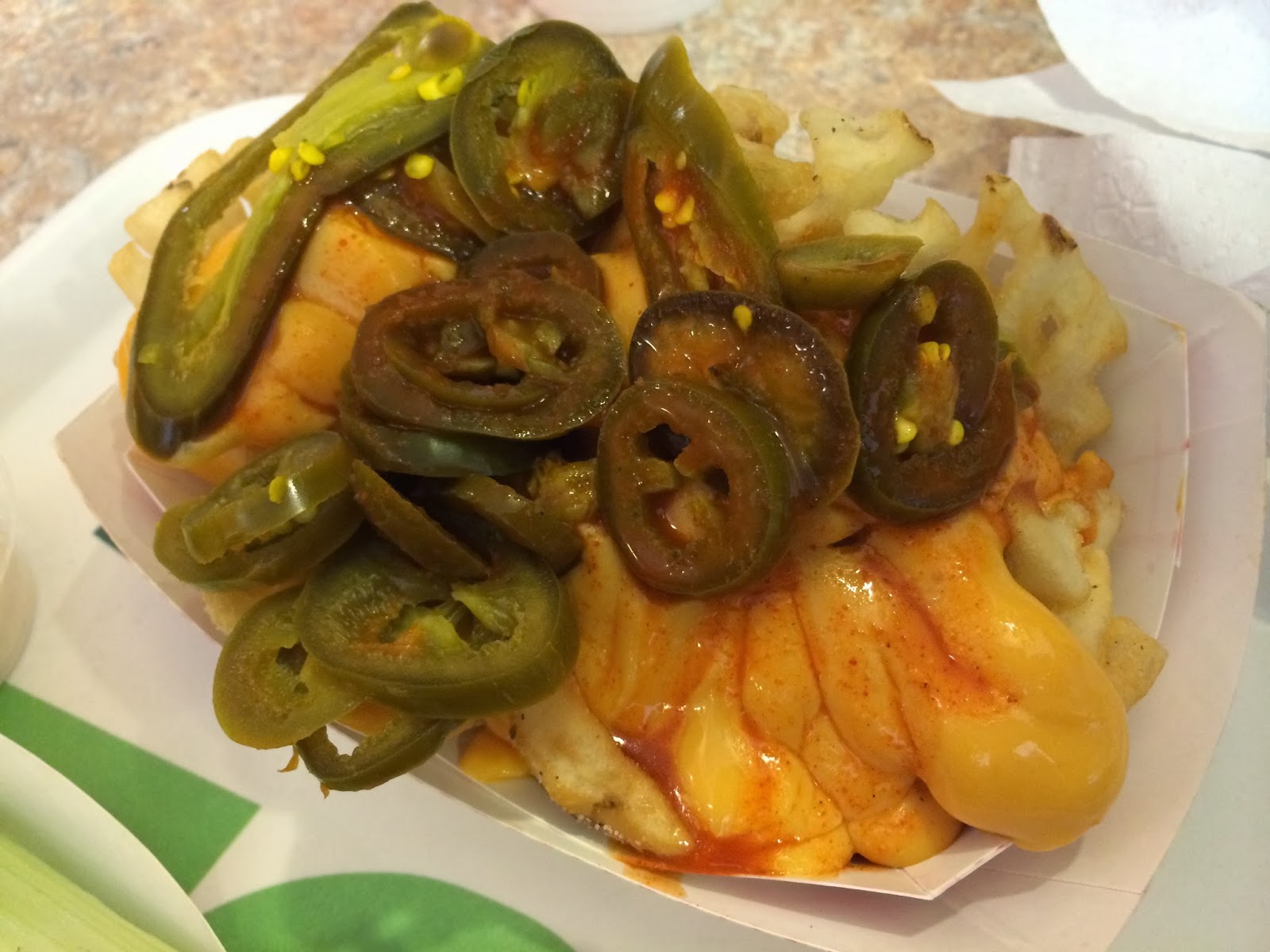 I was also told that another must have with every wing order is their suicide cheddar chips.  This dish is made with waffle fries topped with canned cheddar cheese sauce, suicide wing sauce, and then the same pickled jalapeños.  Right out of the fryer, these waffle fries are amazing.  The spiciness from the suicide sauce and of course that artificial cheddar flavor reminds you of ballpark food.  Unfortunately, the cheddar cheese sauce cools really fast and turns almost to a curd-like consistency.  The flavor is still there, but the texture is too weird to eat.  I ended up scraping off some of the cheese towards the end and just eating the fries with the jalapeños. 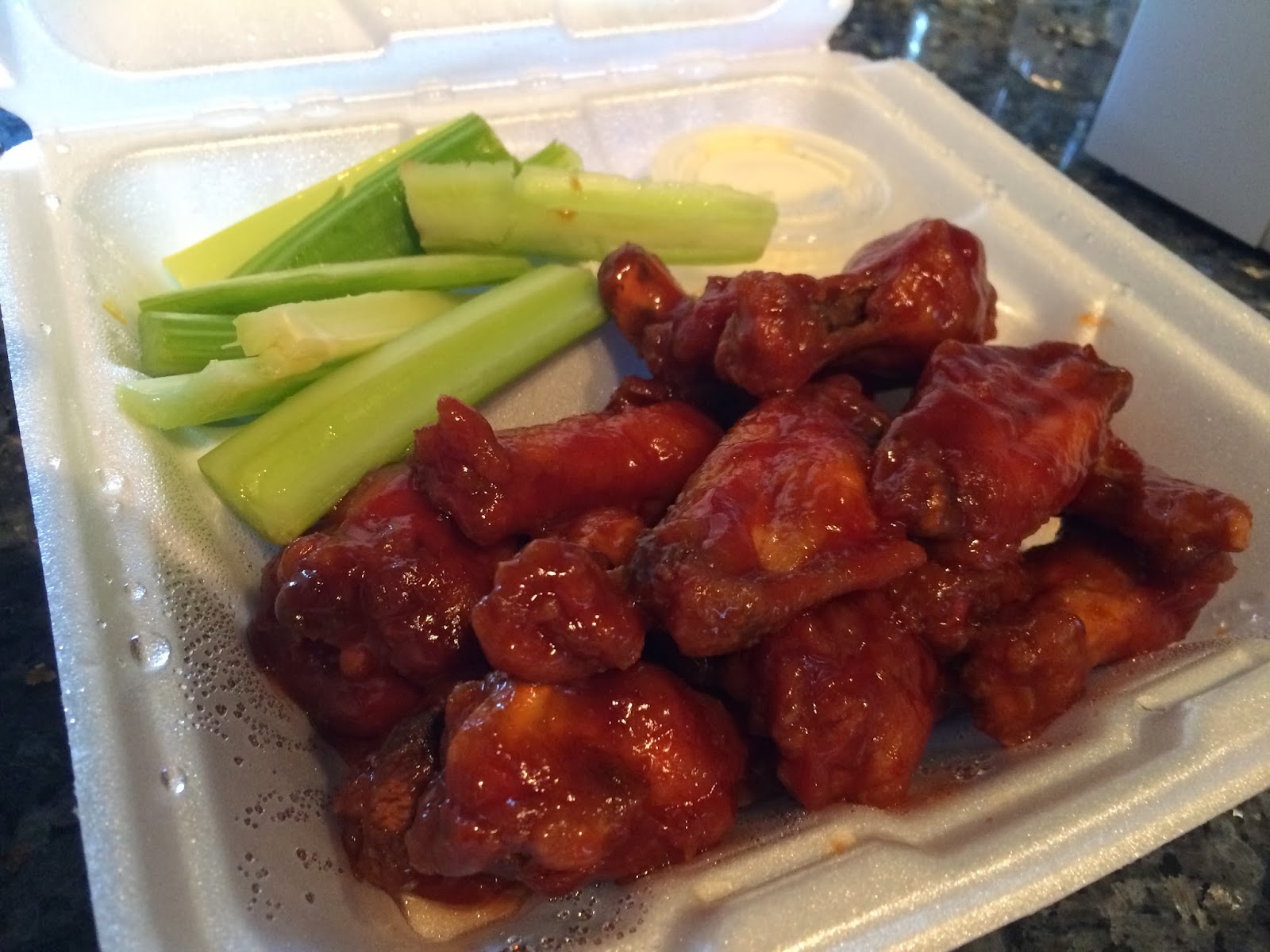 After finishing up my wings, I ordered a BBQ, single order to go for the girlfriend.  These are the same fried wings tossed in a sweet and tangy BBQ sauce.  It also comes with a side of celery and ranch dressing.  I was pleasantly surprised to find the wings still crispy and tender after reheating them for dinner.  The BBQ sauce was more on the tangy side than sweet.  I definitely prefer ordering the suicide or even just the hot sauce, but their BBQ sauce is a good alternative if spiciness isn't your thing.

The DOs/DON'Ts:
DO:
- Bring CASH!  This place is CASH ONLY.
- The chicken tenders are another possibility rather than wings.  The prices aren't on the menu, but it costs the same amount of a single order wings.

DON'T:
- They do have an ATM, but DON'T use it.  They charge $3.00 per transaction which is essentially highway robbery.

Posted by Joseph Esparaz at 5:37 PM