A Quick Word:
Honestly, this Latin American restaurant, with two locations in the city, reminds me of a casino.  You gamble with the empanada you choose and hopefully you chose a "good one."  I was excited for this restaurant because of their "huge empanadas" but when actually seeing them, half are not stuffed with much filling and the others are just not well flavored.  They do have a couple delicious, overstuffed emapandas but like I said its a gamble if you get one.  And for those reasons I couldn't even give it an average rating.  Use this review to help choose one of the better ones. 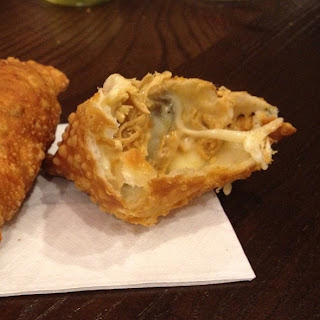 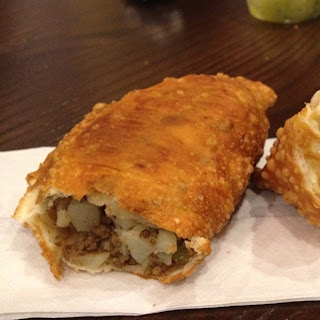 This fried empanada was filled with the classic empanada ingredients... ground beef, olives, raisins, potato, tomato, and onions. Unfortunately, the olive was overwhelming and the rest of the meat was bland. Disappointed in this item. 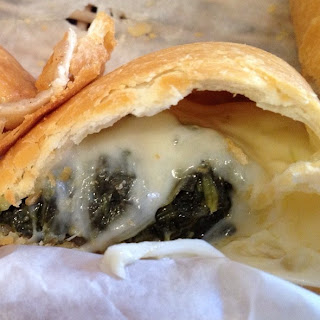 An ok empanada... decent balance between the spinach and mozzarella cheese in this empanada... but the cheese was just too plain. 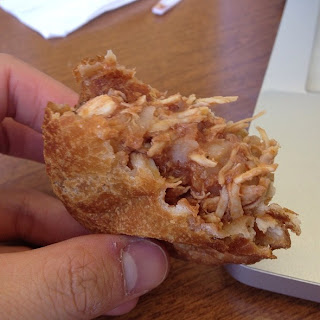 Stuffed with tons of bbq chicken and potatoes.  Nothing too special unfortunately.  It was a little too much sweet bbq sauce. 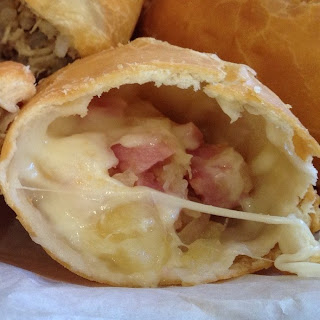 This crazy good empanada was filled with ham, mozzarella cheese, and pineapple. No sauce was needed... The sweetness of pineapple really comes through. 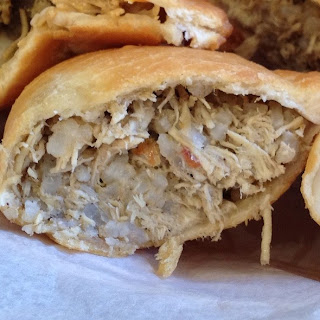 This empanada was overstuffed unlike some of the other ones we had. It was filled with shredded chicken, rice, tomato, and onion... Eat it with their spicy mayo or their special hot sauce! 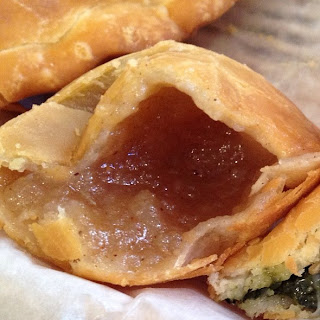 This one is NOT good... Literally was like warm apple sauce inside a fried pastry. Wished they used apple chunks. I do not recommend.. In fact we squeezed the apple sauce out and put their spicy mayo on it haha.

The DOs/DON'Ts:
DO:
- Do use their homemade hot sauce and their spicy mayo sauce.  Both make the empanadas significantly better.
- Do try the nutella and banana one.  I really enjoyed it.  In fact, I forgot to take a picture because I ate it so quickly.