A Quick Word:
A surprising find in the middle of Little Italy... Taj Mahal is a small Indian restaurant that serves pretty good Indian food.  In fact, whenever I need an Indian fix... I come here because Devon is too far away and the other places in the city are just too expensive.  The food tends to be fairly oily and it seems like they give a lot of sauce with little chicken/paneer/whatever you order...  But it still does the trick.  I haven't really eaten at the restaurant... I always order out mainly because of the not very friendly feelings I get when I enter the place.  My review may be a little biased but that is why I rated it lower than usual. 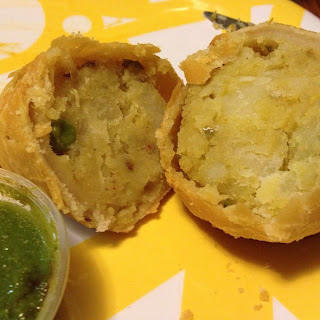 The samosa was nothing special... but it wasn't bad.  It was typical samosa... Potatoes were the main filling and they had all the indian spices.  It was unfortunately a little bland and the chutneys that came along were artificial looking so I tried to stay away from using them.  The shell was extremely crispy and it was really hot! 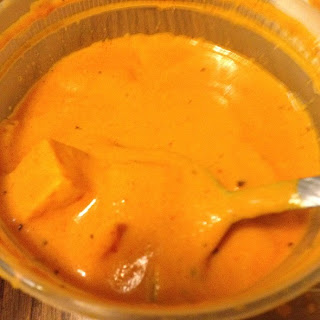 The vegetarian version of Butter Chicken... instead, it has the indian cheese - Paneer!  I tend to eat vegetarian Indian food because of all my friends and I usually like it much better.  They gave a descent amount of paneer but they can never give enough... As you can see from what is left over, the paneer to gravy ratio is heavily skewed towards the gravy.  Use white rice with that gravy and wow that's delicious!  I could put this sauce on just about anything! 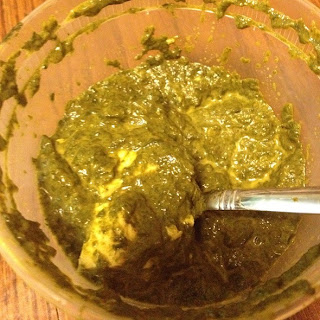 Another vegetarian option.  This dish is a spinach based dish with lots of ghee (butter) and once again paneer!  The flavors were amazing--heavy spinach flavoring.  The paneer was not too dense but once again they didn't give enough.  So we had a lot of left over spinach, which is OK when you have extra white rice!

DO:
- Order take out and go across the street and get white rice from one of the many Thai restaurants on Taylor Street.  The sticky rice is so much better with the gravies from the Indian entrees!

DON'T:
- I wouldn't really order the samosas... I know everyone wants them, and I always do to, but there is nothing special and the chutneys just aren't the usual.