A Quick Word:
Craving a non-deep dish style pizza, we decided on finding a restaurant featuring Neapolitan style pies.  Coalfire does so, but with their own signature twist.  Rather than using wood, they fire their oven with coals.  They have about a dozen signature pizzas, but also the option of creating your own. They recommend two to maximum three toppings so that they crust is able to support the weight.  Each pizza arrives at your table looking different from the next, but each are charred to their view of perfection.  In my opinion, some of the crust is too dark and actually tastes bitter (a flavor I don't want when eating pizza).  That burnt crust was not the only disappointment.  Each pizza costs about $18.00 so after taxes/tip, one pizza runs in the $20+ range.  This would be ok for a huge pizza... but these are thin crust and barely enough for two people to share.  The toppings are great and the flavor combinations unique, but the cost and partially burnt crust couldn't be overlooked.  And for that reason, I gave them a 3.5-mile rating. 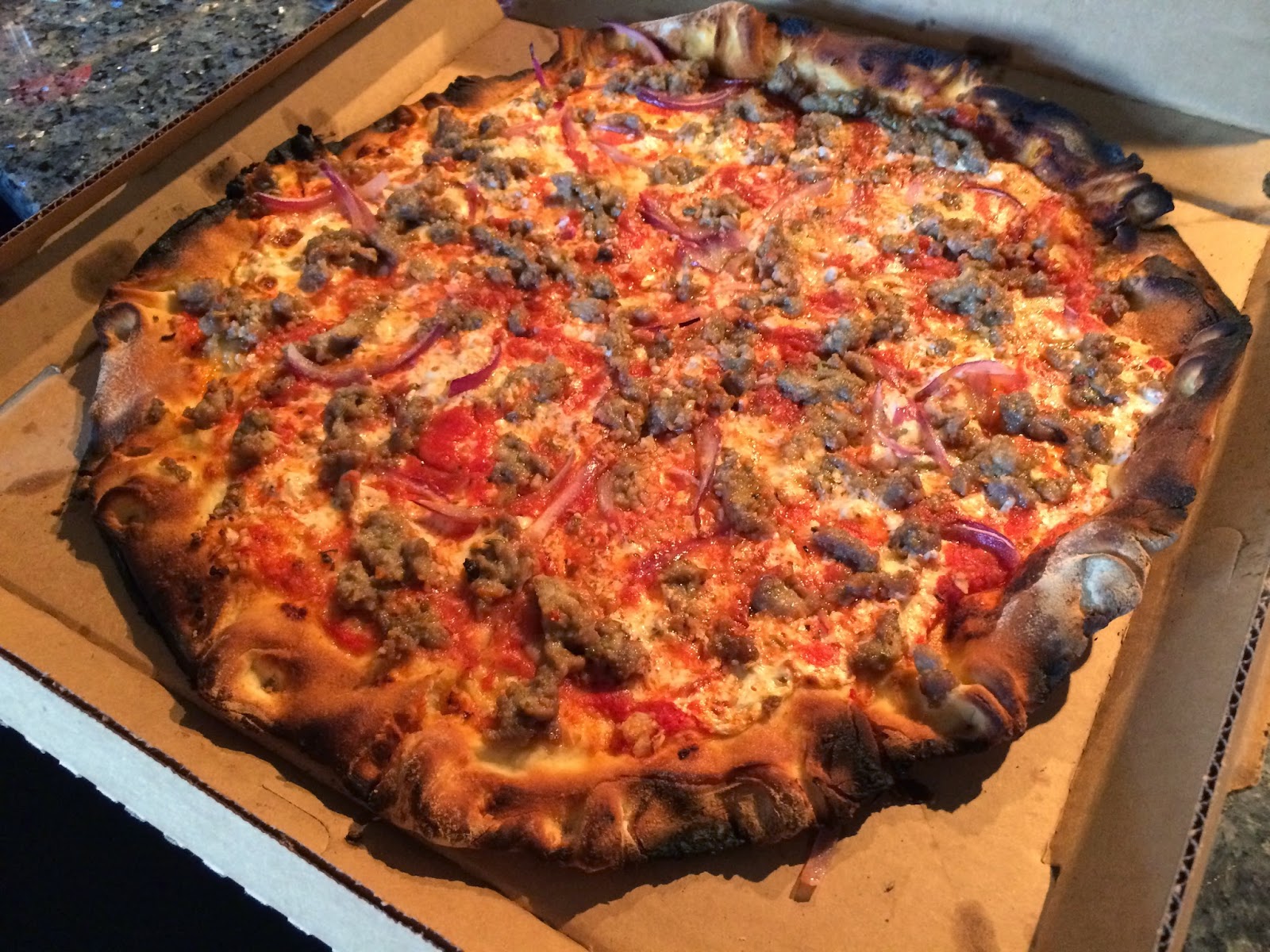 My girlfriend and I were craving thin crust pizza and wanted something new.  We figured the coal-fired crust was enough experimentation for the day, so we stuck with the sausage and onion pizza.  This thin crust pizza is topped with a crumbled italian fennel sausage, fresh mozzarella cheese, tomato sauce, sliced red onion, and a garlic.  The combination of flavors was very bold, unfortunately, the charred crust had some bites that were too bitter to appreciate anything else.  The garlic was also very minimal, which I was disappointed by.  However, I did appreciate the crumbled sausage because every bite had tons of sausage flavor unlike other pizza joints.  I thought the pizza could use a little more spice and a lot more garlic.  But overall, I still considered it above par.

The DOs/DON'Ts:
DO:
- I have heard the pizza is better eaten in the restaurant, but if you are running short on time, definitely order take out.  They are ready in just under 10 minutes so essentially enough time to drive to the restaurant for pick up.

DON'T:
- Don't expect the bill to be cheap or even close to cheap.  One pizza is good enough for two people with average appetites.  I would have to order two pizzas minimum if I came with both my brothers.

Posted by Joseph Esparaz at 3:35 PM