A Quick Word:
Located across the street from Trader Joe's in the South Loop neighborhood, I come across this cafe every time I pick up groceries.  After the hundredth time or so, my girlfriend and I decided to give it a shot.  We noticed the menu is mainly made up of sandwiches, a few salads, and a couple types of soups.  I did appreciate the fact that no sides came with sandwiches, helping out the cost... especially if you don't want chips or fries.  Unfortunately, I wasn't that impressed, and in fact, I think I can make each sandwich easily at home (and even better than Artists' Cafe's version).  We did take out so I cannot comment on the atmosphere of the cafe.  Based solely on the food, a 3-mile rating is all I could comfortably award this restaurant.


"Not Your Kids" Grilled Cheese 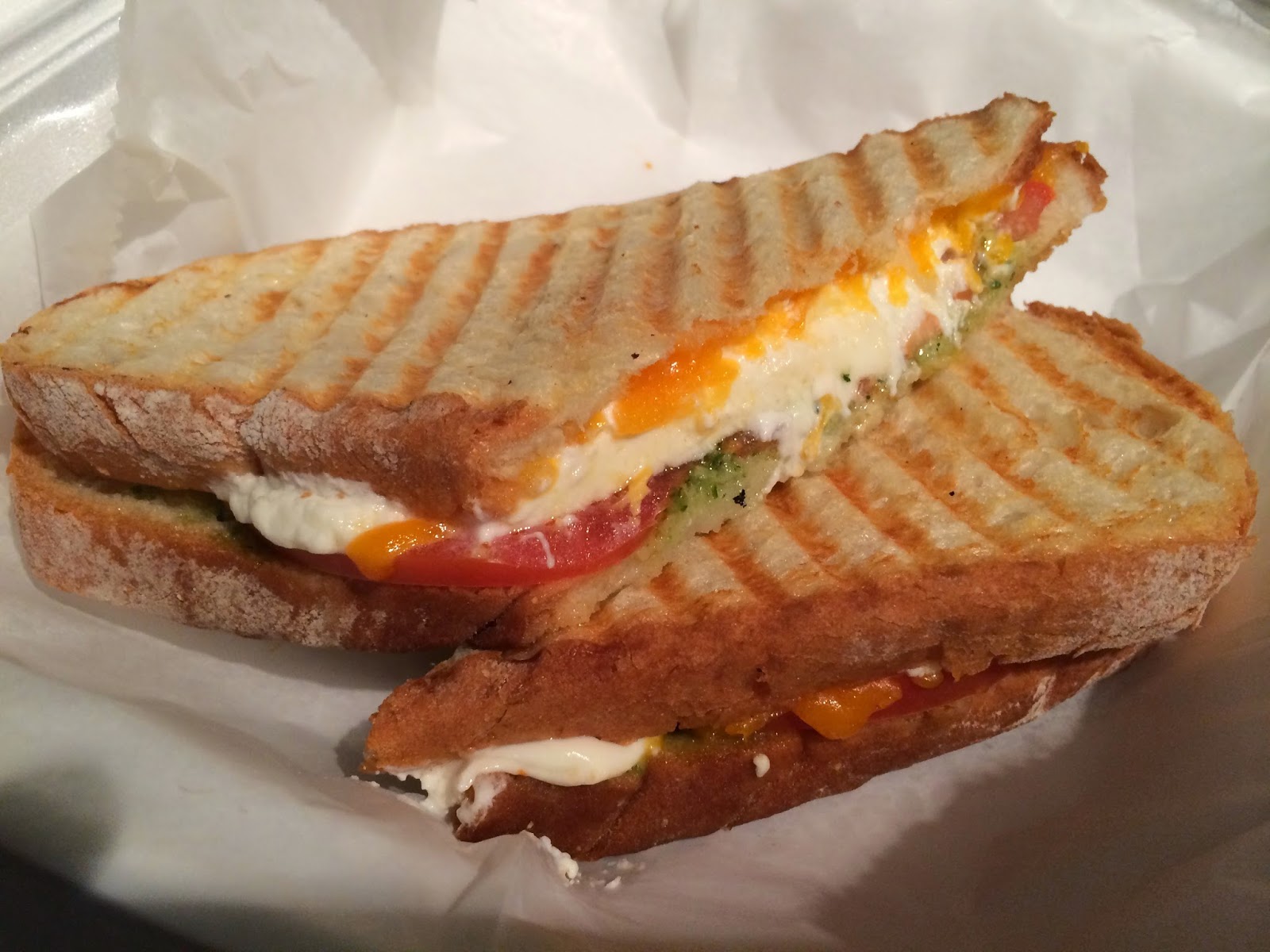 The first sandwich decided to split was their twist on the grilled cheese.  Termed "Not Your Kids" grilled cheese, I expected to find more gourmet ingredients.  The sandwich started with country bread slices and was filled with aged cheddar cheese, fresh mozzarella, goat cheese, tomatoes, and smear of pesto.  It was then placed in the panini press rather than being griddled on the stove.  Personally, I thought the cheeses didn't compliment each other well.  There was a lack of goat cheese in the sandwich and the fresh mozzarella didn't really add anything except additional creaminess (which isn't needed if goat cheese is already there).  The pesto was only a thin layer, meaning it was instantly overpowered by the cheeses.  I think they had a great concept with an average preparation.  Less mozzarella, more goat cheese, a sharper cheddar, and heavily lay on the pesto... that will make the grilled cheese crave-able. 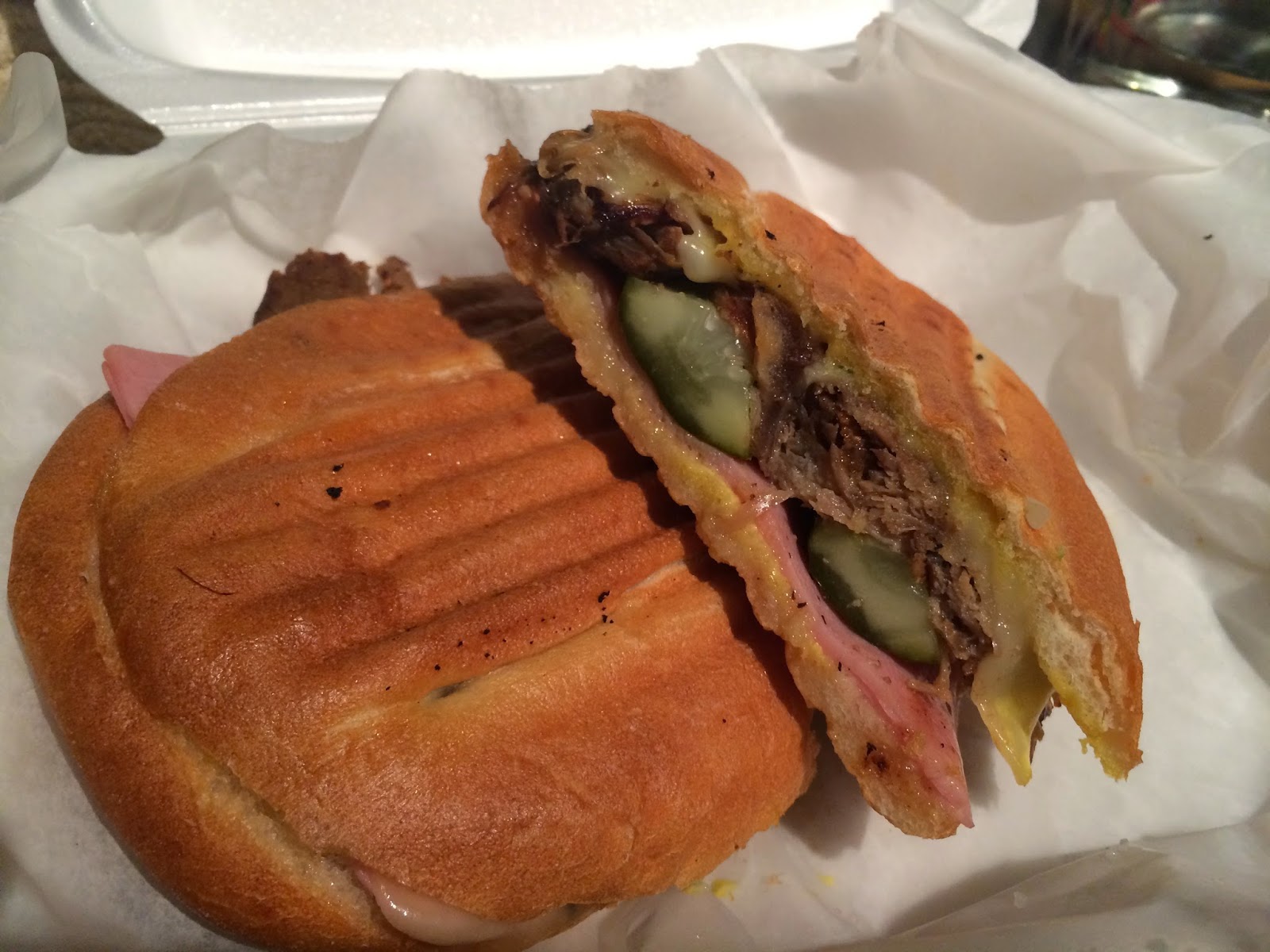 Our second sandwich was a Cuban Panini.  Like most cuban sandwiches, the base is a torta roll.  They then fill it with pulled pork, slices of ham, swiss cheese, pickles, and finally mustard.  Like the previous sandwich, it is placed in the panini press to crisp up the bread.  Where to start... this is an average sandwich at best.  The components were all tasty, but they didn't each other by combining them in a torta roll.  I was extremely disappointed with the dryness of the sandwich; lack of mustard caused this.  Also I was disappointed with their use of pickles... who in the world places two pickle spears in the center of a sandwich?  Tip: use sandwich pickle slices.

The DOs/DON'Ts:
DO:
- A bunch of free parking on State St. south of Roosevelt.