A Quick Word:
A random Asian style restaurant in the middle of Little Italy.  I was hoping it would be promising but the sushi was sub par and just not fresh.  It didn't get half a star because I was able to try the sesame chicken and it was ok...  I probably wouldn't be back but give it a try and see for yourself. 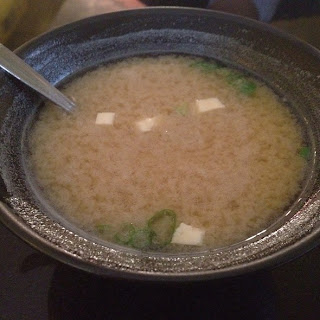 The soup was definitely warm... but it tasted as if it was cooked the previous day and reheated...  It was extremely salty... actually too salty for me to finish.  It tasted ok if you could get past the saltiness. 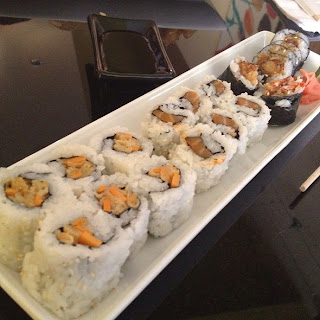 3 sushi rolls for $9 with a small salad and bowl of miso soup. I chose the tempura sweet potato roll, the spicy salmon roll, and the shrimp tempura roll. The rolls weren't the freshest... especially the tempura rolls...  It appeared to be old tempura fried items that were kept in a refrigerator and then made into sushi.  They weren't crispy and I just didn't enjoy them.  The spicy salmon was not spicy and the wasabi was disappointing. Good deal though for $9... but I wouldn't be back.

The DOs/DON'Ts:
DO:
- Maybe come for lunch and get their specials... they are fairly cheap.  The rice items (chinese entrees) are much better than the sushi.

DON'T:
- Don't try the sushi... It doesn't satisfy cravings and will just disappoint.